As the world increasingly focuses on diversity and equality there’s never been a more relevant time to celebrate International Women’s Day. At Bluestones Group, we encourage an entrepreneurial mindset and invest in people, regardless of gender, based on their ability to do what’s necessary to build incredible businesses. There’s a readily available pool of working-age Britons (8.8% of both men and women in 2016) that identify as entrepreneurs. And because of the diverse nature of the Group’s portfolio of recruitment companies, we’re exposed to a wide variety of these, in multiple sectors and disciplines – working with C-suite members to warehouse operatives, and across all the levels and professions in between.

For many, 2018 is a pertinent year as it’s 100 years since women were given the right to vote in the UK, following the suffragette movement. Despite this, we’re still seeing research that suggests that around one quarter of organisations still have no women in senior roles. The Bluestones Group certainly bucks this trend, with nearly 30% of its director roles being held by women. In fact, arguably the recruitment sector is one of the better environments that support a level playing field between men and women. Bluestones Medical’s Elizabeth Pringle supports this notion, and in a candid interview provides detailed insight into her experiences in founding and building a thriving medical recruitment agency, as a young woman in the recruitment industry – and what it takes to be successful. The Recruit Ready collective of staffing service companies deals with a wide range of start-up and early phase recruitment companies, and has reported an encouraging number now being helmed and run by women entrepreneurs.

Ultimately, we’re all in business for the same reason (apart from non-profits, of course) – whether that’s making money for ourselves, our businesses or our shareholders – creating and adding value to the businesses we work in or own is a key priority. But we shouldn’t downplay the impact it has on the wider economy either. Research has suggested that an additional £23 billion gross value could be added to the UK economy through the creation of 900,000 more businesses, if the UK achieved the same level of female entrepreneurship as in the US. (Facebook research via: FSB).

However, the founder of Enterprise Nation (a national support group for entrepreneurs) Emma Jones, questions whether (female) entrepreneurs would be able to scale lifestyle businesses… and this is where companies like Bluestones Group can help. Providing investment, support, development and infrastructure means entrepreneurial recruiters can focus on growing their businesses without getting bogged down in the details of actually running a business and coordinating the support functions required to ensure the business can operate successfully. Taking that first step into creating a business is naturally important, but defining a long term vision for a company and following through, making it a reality is equally, if not more difficult.

Our international executive search joint venture partner, Chad Harrison International has looked at “Women in the Board room” and in further research identified that the rate of progression towards pay parity is continuing at such a low rate that it’ll be decades before it is achieved. Indeed, According to the World Economic Forum (WEF), it won’t be until 2196 that the gender gap will close, at its current rate (Source: WEF). And in 2017, because of the gender pay gap, women effectively worked “for free” for 51 days of the year (source: Telegraph). However, it’s not all doom and gloom;  according to the Global Entrepreneurship Monitor, as reported in the Financial Times, a surge in female entrepreneurs narrows the UK gender gap.

According to the ONS, as of 21st February 2018 the female employment rate in the UK (aged 16 to 64) reached 70.8%, compared to the equivalent male rate of 79.7%. Yet, the fact a ‘confidence curve’ exists between the ages of 25-39 may be holding back potential female entrepreneurs, according to research commissioned by Facebook, as it has been revealed one in ten UK women now want to set up a business. There are many reasons for this, but one that’s often quoted is voiced by Karen Bonner, senior researcher at Aston Business School: “Having children – which once led many women to give up work completely – is now a key factor for people who choose self-employment with many women saying they wanted flexibility and freedom”. In the recruitment industry, and in particular with Bluestones Group, supporting home working recruiters has been a key differentiator for the business, as companies like Harrison Sands operate a successful home working model. That improved work/life balance means more and more women (and men) can choose a career that fits with their lifestyle… working to live, rather than living to work.

Whether it’s women in construction, women in logistics, women in education or women in professional services, it’s clear to see that there’s a gradual change in perception that’s resulting in more women entering the workplace and choosing to work in a wider variety of sectors than ever before. And, rather than sticking to the stereotypical 5 Cs – cleaning, catering, clerical, cashiering and childcare, sectors (which are also associated with low pay), the creation of various bodies like Women into Construction, Women in Recruitment and Women in Property for example, is fostering a positive culture and mindset that’s empowering women to pursue careers in sectors they’re interested in. And that can only be a good thing.

Bluestones Group will continue to work with and empower entrepreneurial individuals, regardless of their gender. 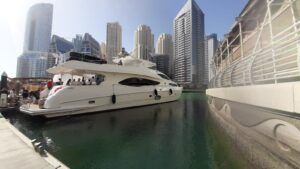 This year, 40 Bluestones employees descended on Dubai for a long weekend to celebrate the collective achievements and successes of individuals and businesses within the 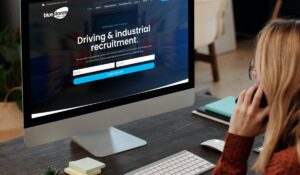 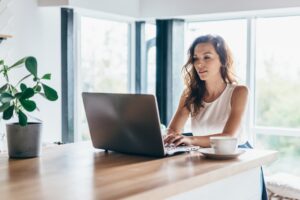 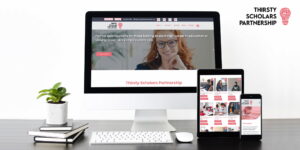 Thirsty Scholars Partnership, training provider for the education sector and part of the education division has launched a brand new website and learning platform.

Want to hear the latest Bluestones Investment Group news? Then sign up here and we’ll keep you informed with periodic emails. You can unsubscribe at any time too.